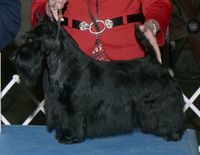 Lola is a beautiful, black scottie bitch that I co-own with Jill Mashburn of RedRox Scotties.  She was bred by Jill with Frank & Susan Finn of Destiny Scotties out of their wheaten bitch, Destiny's Totally Bewitched ("Sam").  Lola's sire is the all-time top producing Scottish Terrier, the great CH. Deblin's Street Talk ROMX ("Sonny"), who was bred and owned by Deborah Brookes (Deblins).  Lola came to Haslemere at age 3 to finish her AKC championship.  She and I began her training by watching the 2010 Westminster show on TV together in February 2010.  :-)  Lola is a feminine scottie girl, with a pretty, lean head, dead level head planes, tiny high-set ears, and small black eyes with an expression that would melt your heart.  She has a funny, quirky personality, and is a joy to have around.  Lola finished her AKC championship in style, by winning three majors, and taking Winner's Bitch at the Greater Dallas Scottish Terrier Club Specialty Show in July 2011, winning a 5-point specialty major.  Two days later, she earned her crown and became an AKC champion when she won a 4-point major to finish her championship, making Lola the 104th champion for her sire, Sonny.

Lola successfully self-whelped a litter of five beautiful puppies in February 2012 in both wheaten and black colors.  As of this writing, her wheaten son, GCH. RedRox Desert Fox is enjoying much success in the show ring!  We hope to have more Lola puppies in 2014. 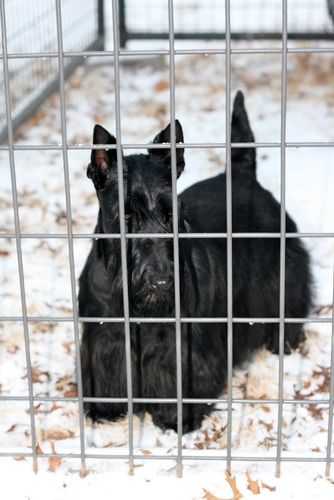 Lola, soon after she arrived in February. 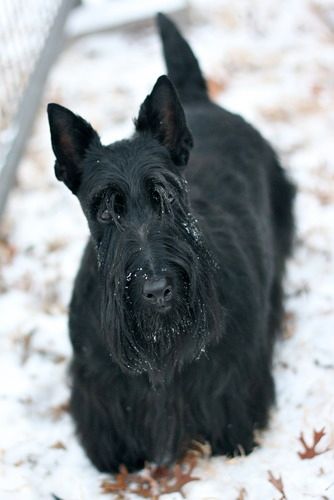 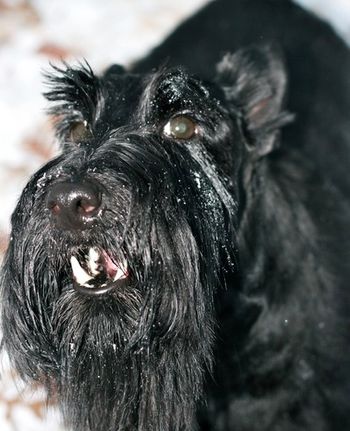 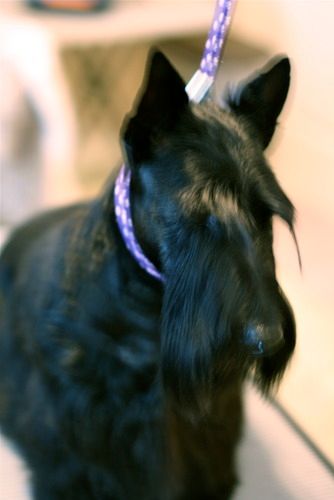 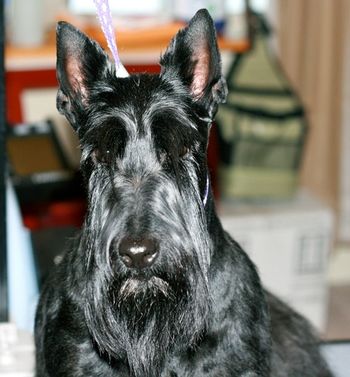 Why do you keep pointing that camera at me? 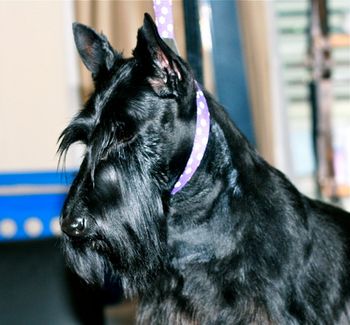 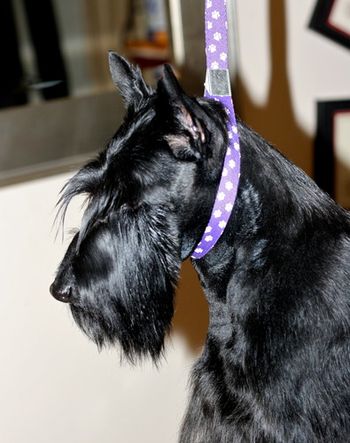 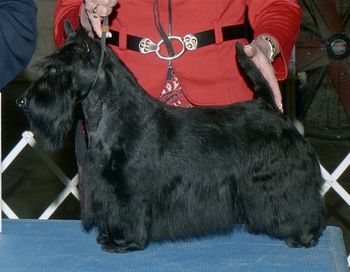 Winner's Bitch and Best of Winners at Fort Worth KC. 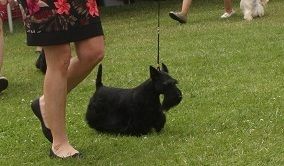 Struttin' her stuff at Great Western. 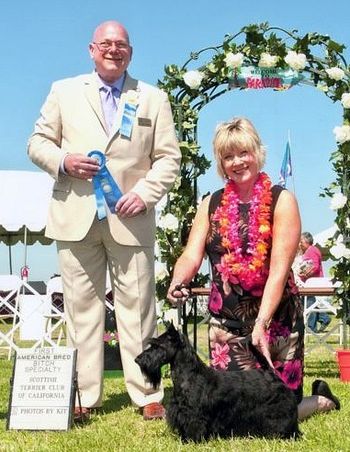 At Scottish Terrier Club of California. 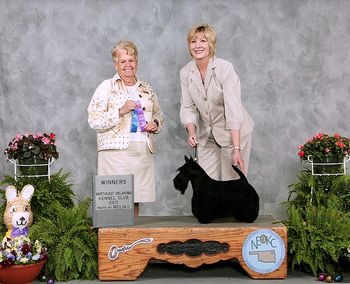 Winning in Oklahoma under Peggy Haas. 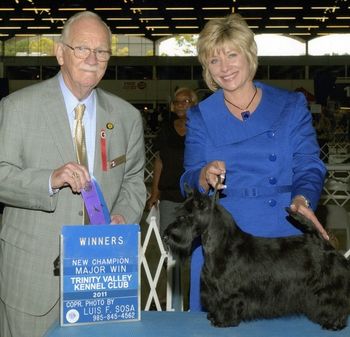 The day she finished her championship! 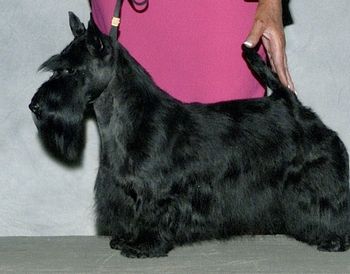