Harley Quinn has to be the fastest champion for her co-owners and breeders, finishing her entire championship in 7 straight shows.  Harley, a singleton, commands the ring.  In fact, she commands attention wherever she may be!  This girl took two majors and Best of Breed her first weekend in the ring.  She was Best in Sweepstakes at the Greater Dallas Scottish Terrier Club, and after taking Reserve WB later that day at the specialty, followed up with a Group 2 in Best Puppy Competition, and finished her championship with a 4-point major the following day.  The following show weekend, she was moved up as a special, and took Select Bitch at the Scottish Terrier Club of Greater Houston, and BOS in Sweepstakes.  She grabbed two more Best of Breed wins in Topeka, and was 2nd the 12-18 months bitch division in the STCA National Sweepstakes - Montgomery County.  As the year 2017 closes, young Harley Quinn has secured a position for herself in the STCA Top 20 Scottish Terriers! 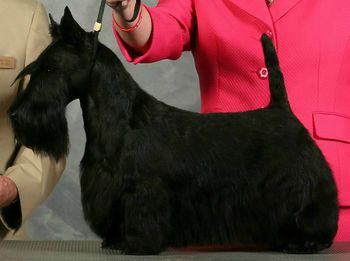 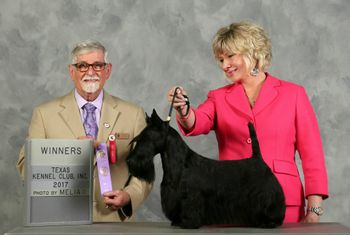 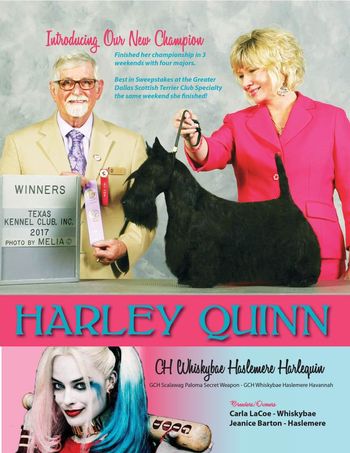 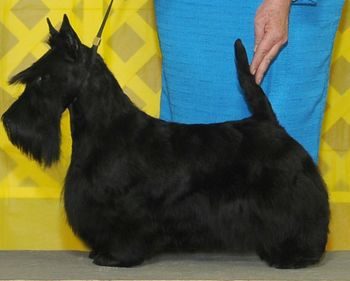 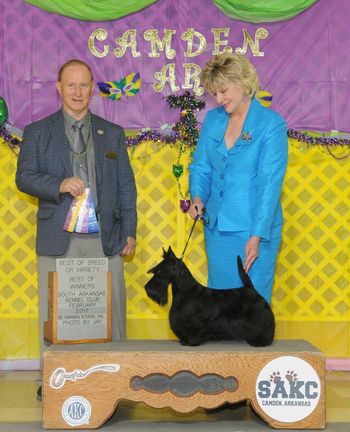 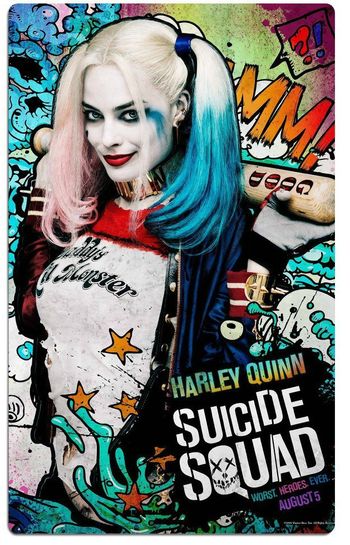 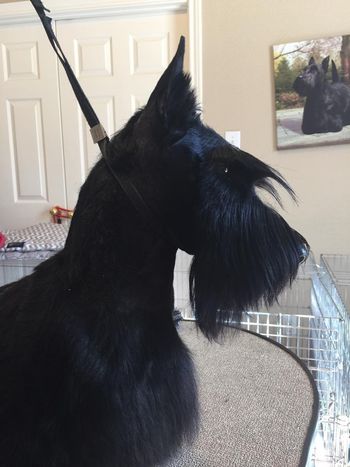 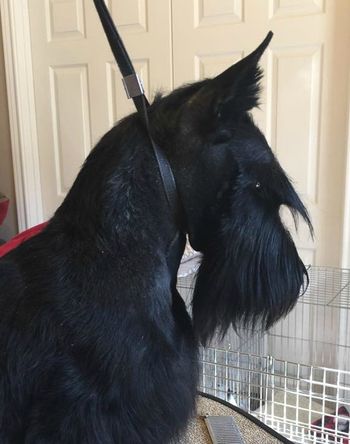 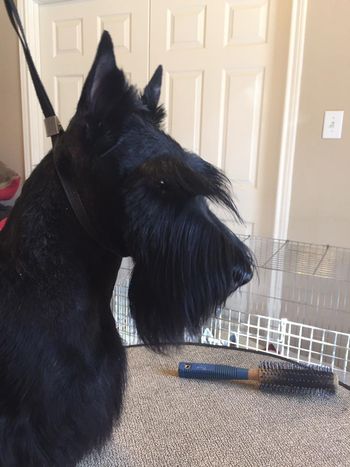 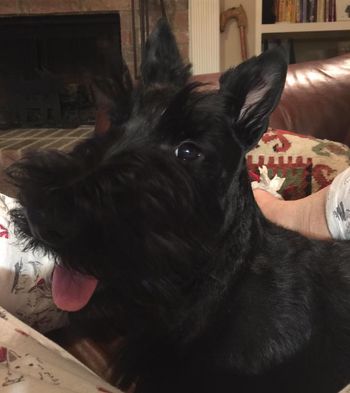 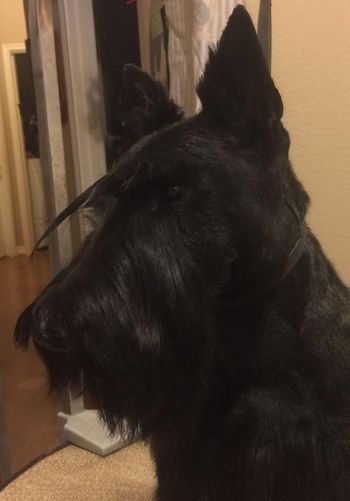 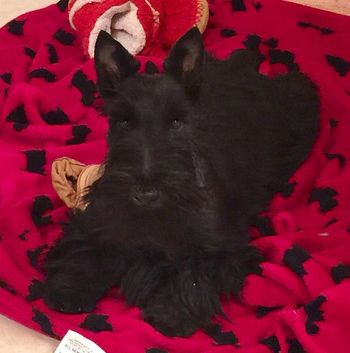 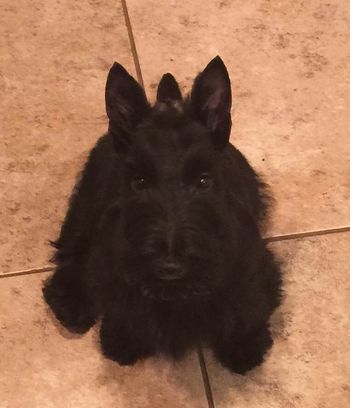 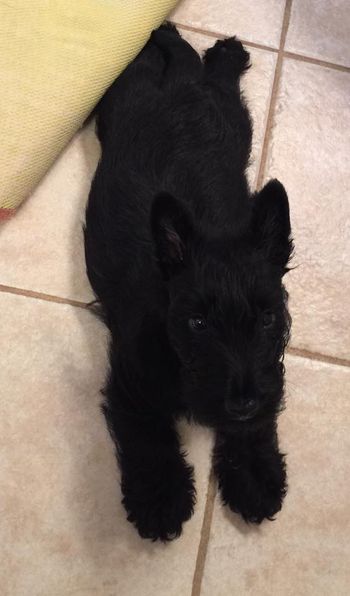 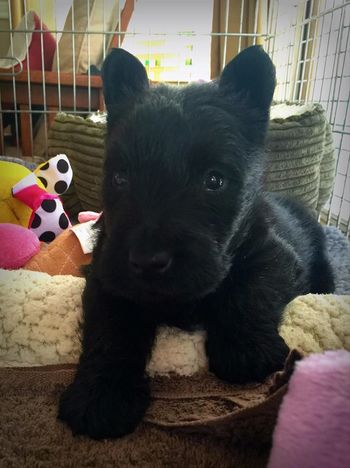 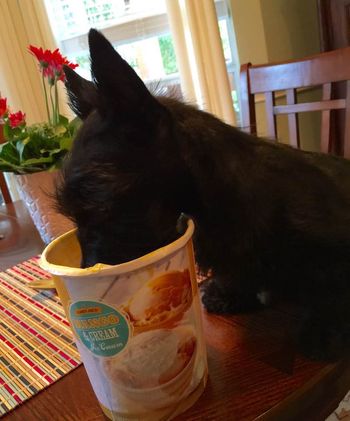 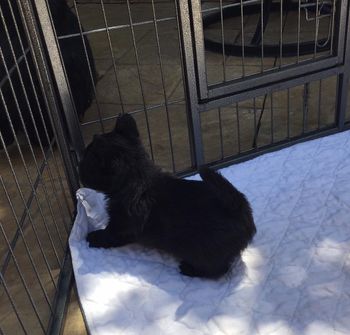 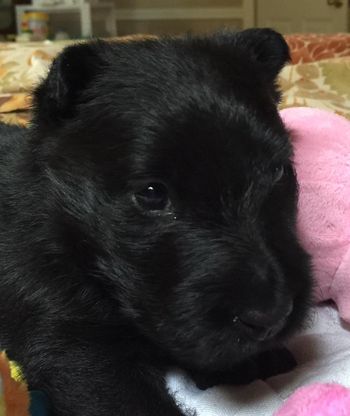 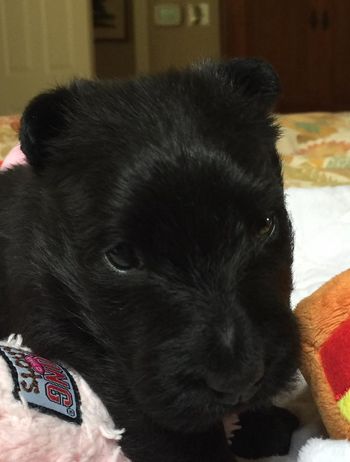 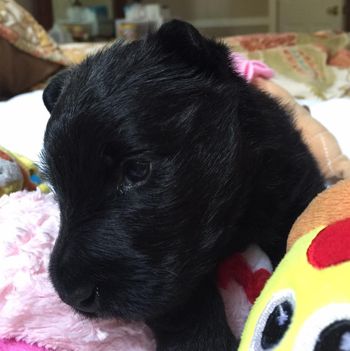 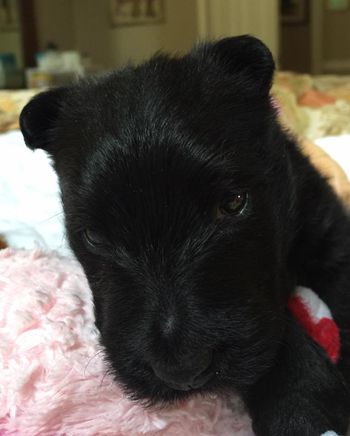