Hennessy finished his championship in 8 shows and, as a puppy, he was Reserve Winner's Dog from the puppy class at the STCA National Rotating Specialty in Dayton, OH, and the final championship points being earned as Winner's Dog at the Greater Dallas Scottish Terrier Club Specialty.  He then went on to finish his Grand Championship quickly and easily; in fact, his first grand championship points were earned by going BOS over a stellar lineup of specials at the Scottish Terrier Club of Greater Houston.  As a young dog, he is already proving himself as a sire, and as of this writing, has two fine litters on the ground.  He excels in bone, body, substance, a long head and strong square jaw with a well-filled muzzle of perfectly aligned teeth in a deep scissor bite.  He is extremely low to ground, with a deep brisket and protruding prosternum, with his front legs well behind him.  He has a beautiful laid back shoulder, short hocks, a wide rear and a bang-on tail.  We are very excited about this boy's bright future. 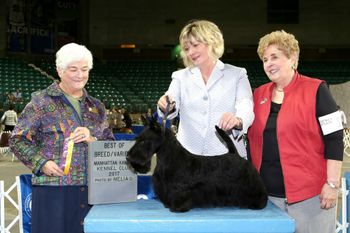 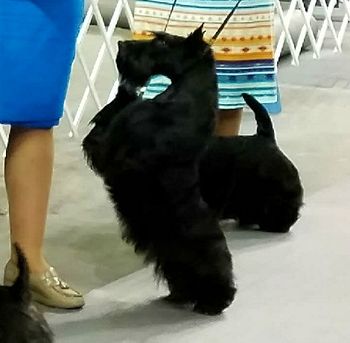 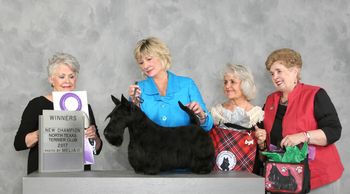 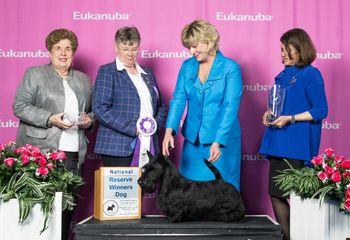 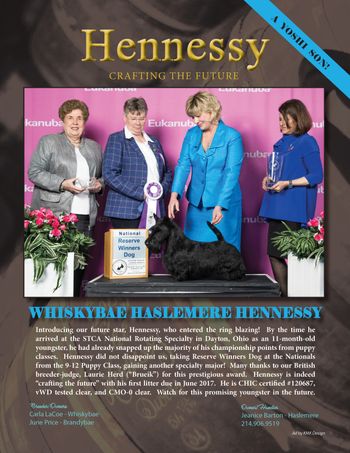 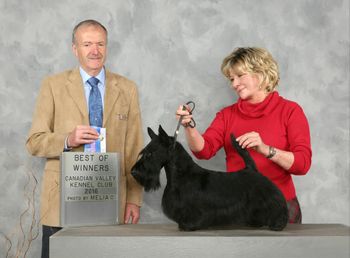 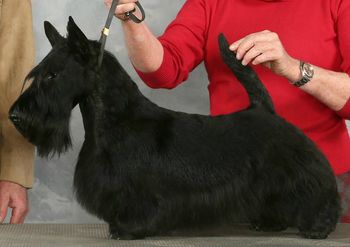 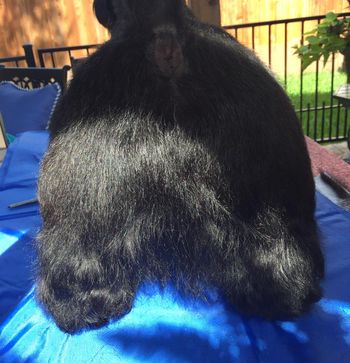 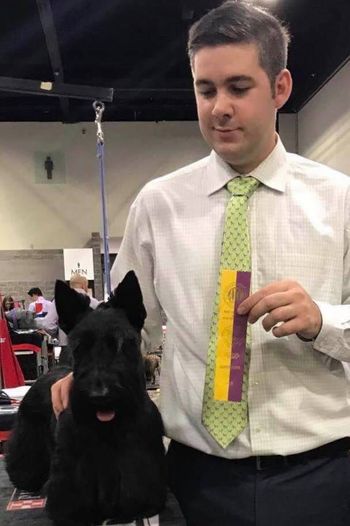